Report on the person "Yevtushenkov Volodymyr Petrovych": Russian oligarch associated with the government and army of the Russian Federation 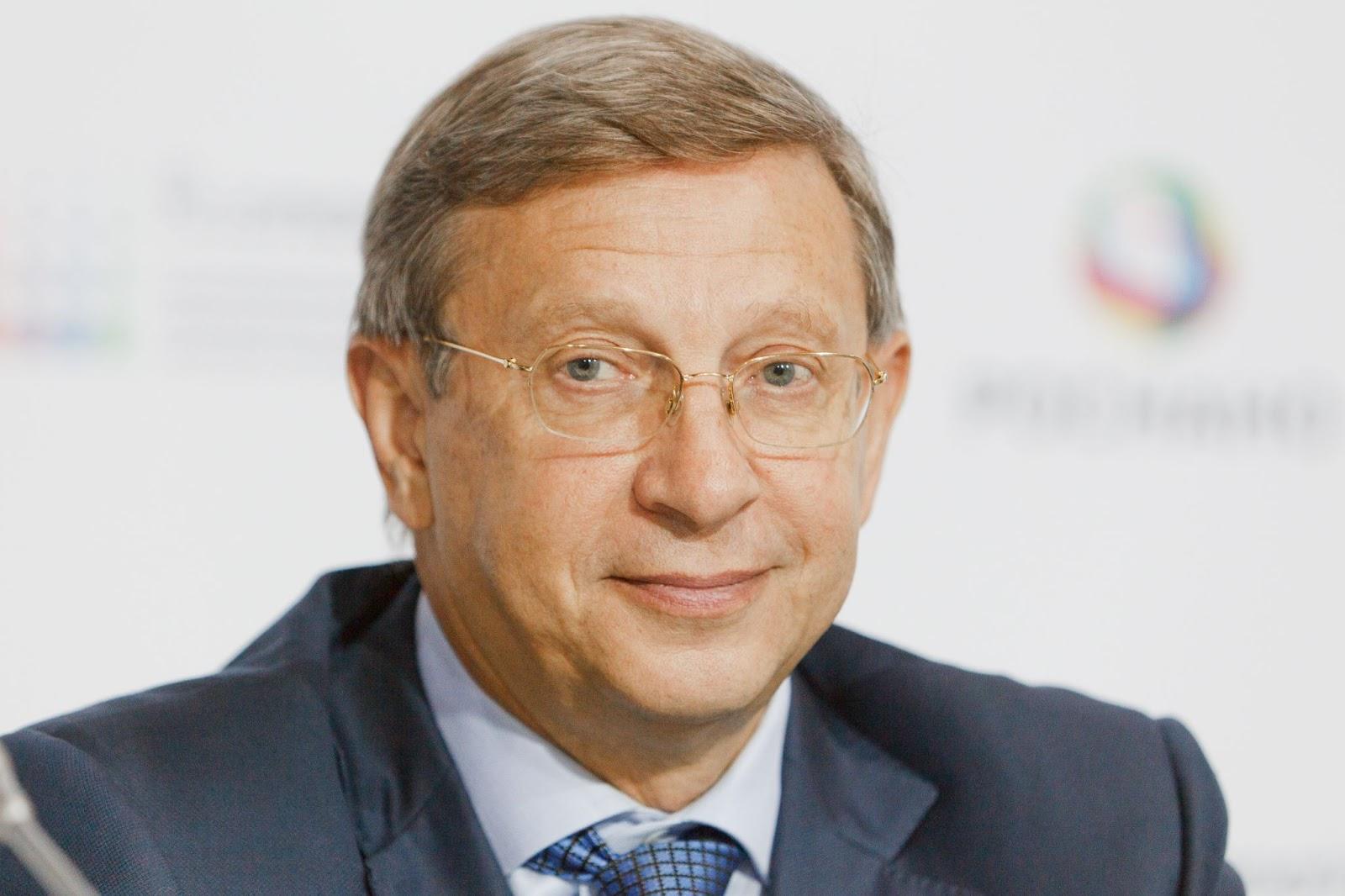 As of April 2022, AFK "Sistema" continues to own 49.66% of the company through the affiliated company JSC "RTI" together with JSC "BM-Bank" - Bank of Moscow of Roman Ivanovich Avdeev. The other 49.66% belongs to the Closed Equity Investment Fund "Technofund" of the managing company Atlanta. The rest is with Alyoshin Borys Serhiyevich, adviser to the president of the Russian aircraft construction corporation UAK.

Ministry of Defense of the Russian Federation:

Yevtushenko as a lawyer. a person of JSC "Sistema" owns the company RTI, which supplies radar stations "Voronezh" for the Ministry of Defense of the Russian Federation - designed for the detection and tracking of ballistic and cruise missiles. From 2021, the production of military UAVs began.

7 April 2022 Added to Australia's sanctions list. On April 13, 2022, it was added to the UK sanctions list. After the British sanctions, he transferred 10% of AFK Sistema to his son Felix Yevtushenkov and left the position of chairman of the board of directors.

Born in the village of Kamenshchyna, Smolensk region. In 1973 he graduated from the Moscow Chemical and Technological Institute named after D. I. Mendeleev, and in 1980 the Faculty of Economics of Moscow State University, Doctor of Economic Sciences. From 1975 to 1982, he worked as a workshop manager, deputy director, and chief engineer of the Karachariv Plastics Plant. In 1982, he became the chief engineer and deputy director of Polimerpobut NPO. Formed in the CPSU.

Since 1993, he has been the chairman of the board of directors and on April 12 owned 59% of the shares of the Sistema. However, on April 13, 2022, he transferred 10% of the company to his son Felix Yevtushenkov due to British sanctions. Also, on April 15, Yevtushenko left the position of chairman of the board of directors of JSC "Sistema". According to the description on the website, the company is represented in 25 countries and in 2022 owns:

According to the archive the page for December 2021, two more companies were listed on the site:

In 1994, "Sistema-Telecom" acquired a controlling stake in OJSC "Vimpelcom", and then together with OJSC "MGTS" established "TC Center" on a parity basis. MGTS transferred AFC to the trust management of its subsidiaries, in particular, JSC "Moscow Cellular Communication", JSC "Interregional Transit Telecom", JSC "Mobile TeleSystems" (MTS. From 1997 to 1999, Yevtushenkov was the chairman of the board of directors of JSC "TV-Center".

In 2014, Yevtushenkov was charged with money laundering and the illegal acquisition of a controlling stake in Bashneft, and was taken into custody under house arrest. Because of the war, the shares were returned to the state and sold to Rosneft. In 2016, the charges were dropped due to lack of evidence. In December 2017, Sistema signed a settlement agreement and paid Bashnafta 100 billion rubles. According to the Forbes ranking for 2019, his fortune was estimated at $1.5b, while in 2014 he owned $9b.

East-West United Bank (Assets - €667m) bank in Luxembourg, since 2007 belongs to AFC "Sistema". According to the description of the bank, on sistema.com one of the points of the bank's development is synergy with companies of the Sistema AFK Group, such as MTS Bank and Sistema Capital. February 27, 2022 Etienne Schneider left his post on the board of directors of AFK Sistema and Jeannot Krecké at EWUB due to sanctions against the Russian Federation.

In the document, East-West United Bank is listed as a bank of the USSR. From 1974 to 1992, the main shareholder of the bank was the State Bank of the USSR.

Money laundering, with a back-to-back:

According to the Deposit Guarantee Fund of Ukraine (FGV), 14 Ukrainian banks withdrew $846m and €75m through Meinl Bank, Bank Winter&CO and East-West United under this scheme. The ECB subsequently revoked Meinl Bank's license, but in 2020 the ECB's decision was suspended by a court. Specifically, through East-West United, the Ukrainian Delta-Bank made a concession of the debts of Real Estate Company LLC and Bonnie and Clyde LLC under the credit line agreement in favor of the Cypriot Ablonar Management Ltd and reflected the amount for this operation of $43.4m to the bank in its balance sheet East-West United. These funds were confirmed by a fictitious SWIFT message. This transaction has not been confirmed by East-West United.

In 2020, FGV put up for auction the rights to receivables from operations that arose as a result of Delta Bank's conduct through a correspondent account opened at East-West United. The starting price was UAH 4.5 billion ($150m), but the auction did not take place.

Kronstadt Group, Ministry of Defense of the Russian Federation:

The Kronstadt Group was created as a result of the reorganization of the business of the Transas Group for the following areas: products and solutions for the aviation industry, as well as products and solutions for defense, security and vocational education. In 2015, AFK Sistema acquired 100% of Kronstadt Group for ~$75m. Until February 24, 2021, JSC "Sistema" owned 98.64% of the company, then it was transferred to "Aeromax" LLC, which in turn also owns JSC "Sistema". As of April 2022, the following are the owners of "ITR" LLC (formerly Kronstadt):

From 2004 to 2019 he owned telecommunications operator Vodafone in Ukraine through the legal entities LLC "VF Retail", "VF Ukraine", "IT Smartflex" and "PTT Telecom Kyiv" through the Dutch legal entity MTS – Preludium BV. In 2019, Yevtushenkov sold the Ukrainian Vodafone to the Azerbaijani, the owner of the mobile operator in Baku, Bakcell – Nasib Hasanov for $734 million.

Since 2016, Yevtushenkov has been the founder of "ITM-Ukraine'' LLC together with the the Czech legal entity of the developer of electronic chips and boards NVision Czech Republic – the plant is located in the Czech Republic, in the city of Votice and is owned by the Russian MTS (Telecom LLP) and the Dutch Baggio Holding BV, which is also a subsidiary of MTS of Russia.

According to the "ITM-Ukraine" profile on work.ua, the company engages in the import of special equipment, however, according to customs registers, they did not import. In 2017, Vodafone Ukraine announced a tender for the implementation of the Mobile ID project (linking EDS to a SIM card), the winner of which was "ITM-Ukraine". In 2019, they received a license to use the networks of Ukraine for the calculation of telecommunication services within the framework of the Vodafone operator. In 2021, mobile operators, including Vodafone, abandoned the use of Mobile ID, the service was paid and uncompetitive against free EDS from banks.

From 2016 to 2020 was listed beneficiary of the data center "Sitronics Telecom Solutions Ukraine in 2021 renamed to "Seaton Group" Seeton. In the Russian Federation, there is an eponymous developer of servers, satellites, smart watches and IoT, Sitronics Group, the main shareholder of which is AFC "Sistema". Since 2020, the Ukrainian Sitronics has also been owned by Ramiz and Artem Hasanov, children of Nasib Hasanov.

According to the court case, from 2016 to 2017, Sitronics along with 9 other legal entities by persons who illegally inflated the price of software, which led to waste of budget funds and tax evasion. "Sitronics" overstated the price of realized licenses by a total amount of UAH 22.4m for customers, who in turn avoided paying VAT due to the price increase:

Together with his wife is the founder of the French companies SCI Kristine, SCI Petr and SCI Umbto through which they own three villas in France.

In June 2018, two members of the US Congress from the Republican Party – Mark Walker and Ileana Ros-Leitinen – asked the country's authorities to check whether Volodymyr Yevtushenkov, as well as AFK "Sistema" and MTS under his control, should be included in the sanctions list USA. According to their data, Yevtushenkov's companies participated in large investment projects in the annexed Crimea. Also made a statement (1) about the participation of AFK Sistema in 2016 at the Interregional Forum of the All-Russian People's Front.

According to news for 2017, Yevtushenkov's "Sistema" structures participated in the design by the "Moskapbud" company and the construction of the "SGM Group" medical center in Crimea. In 2016, SGM Group was engaged in the construction of an emergency hospital in Sevastopol. 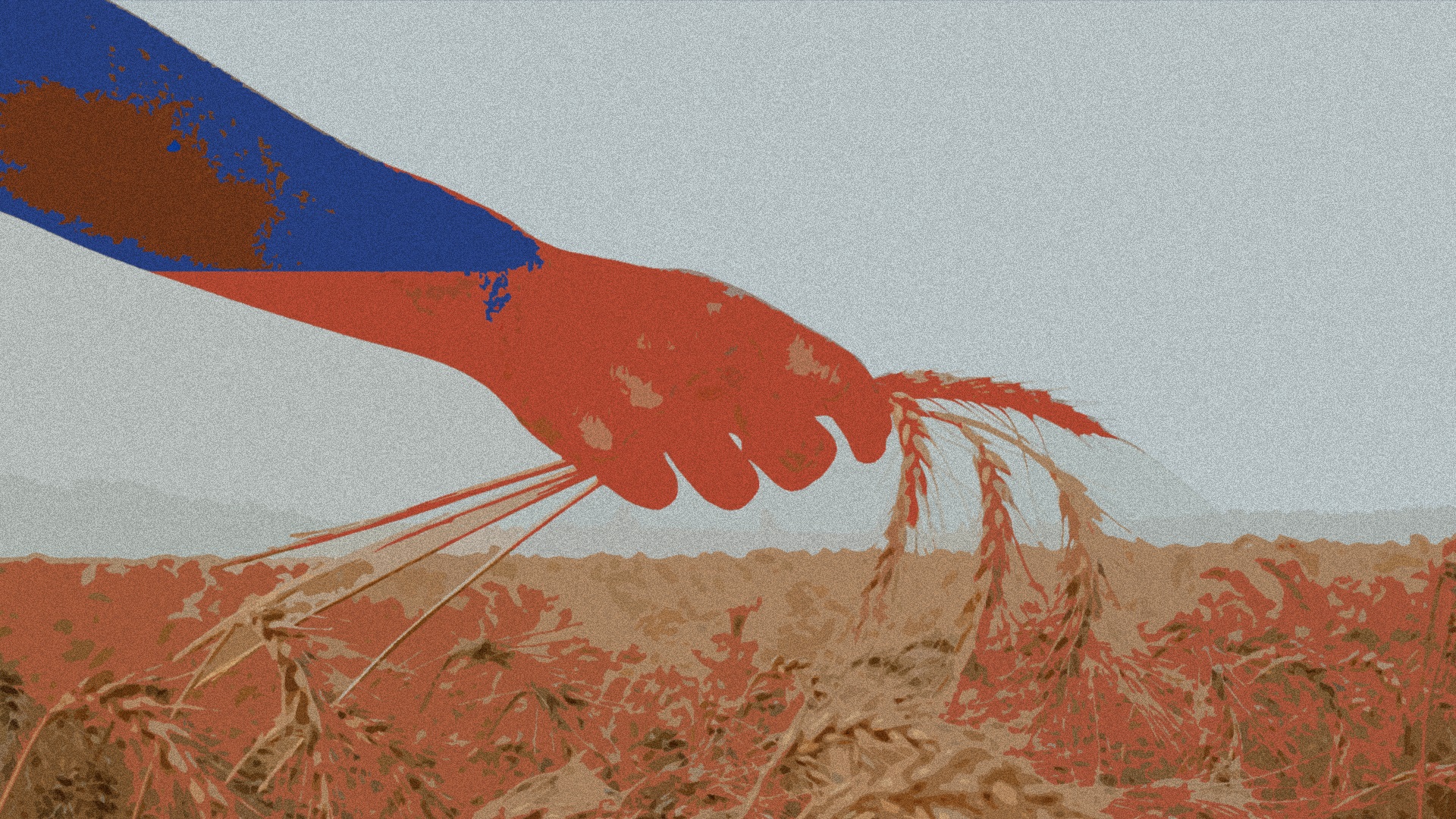 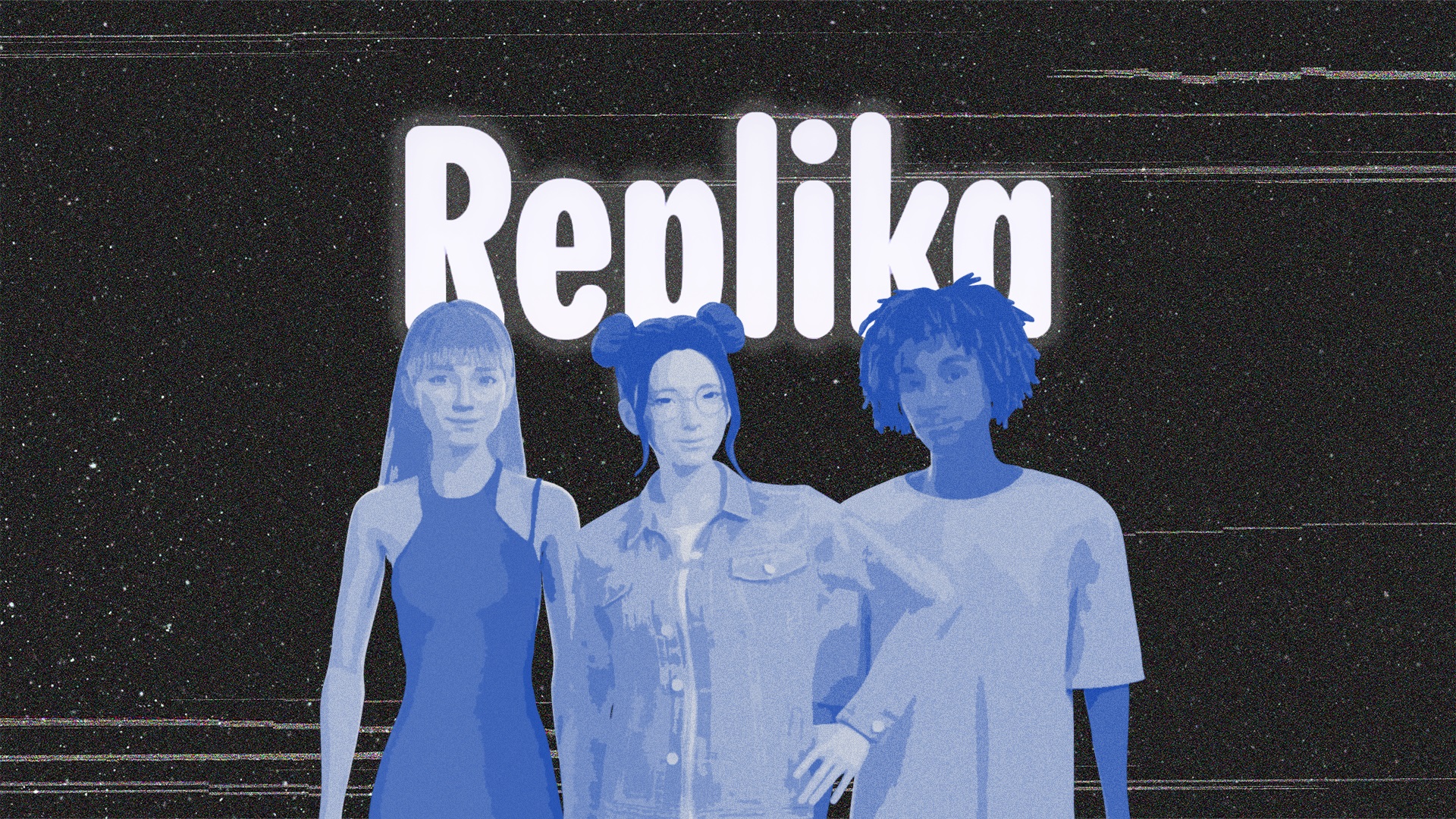 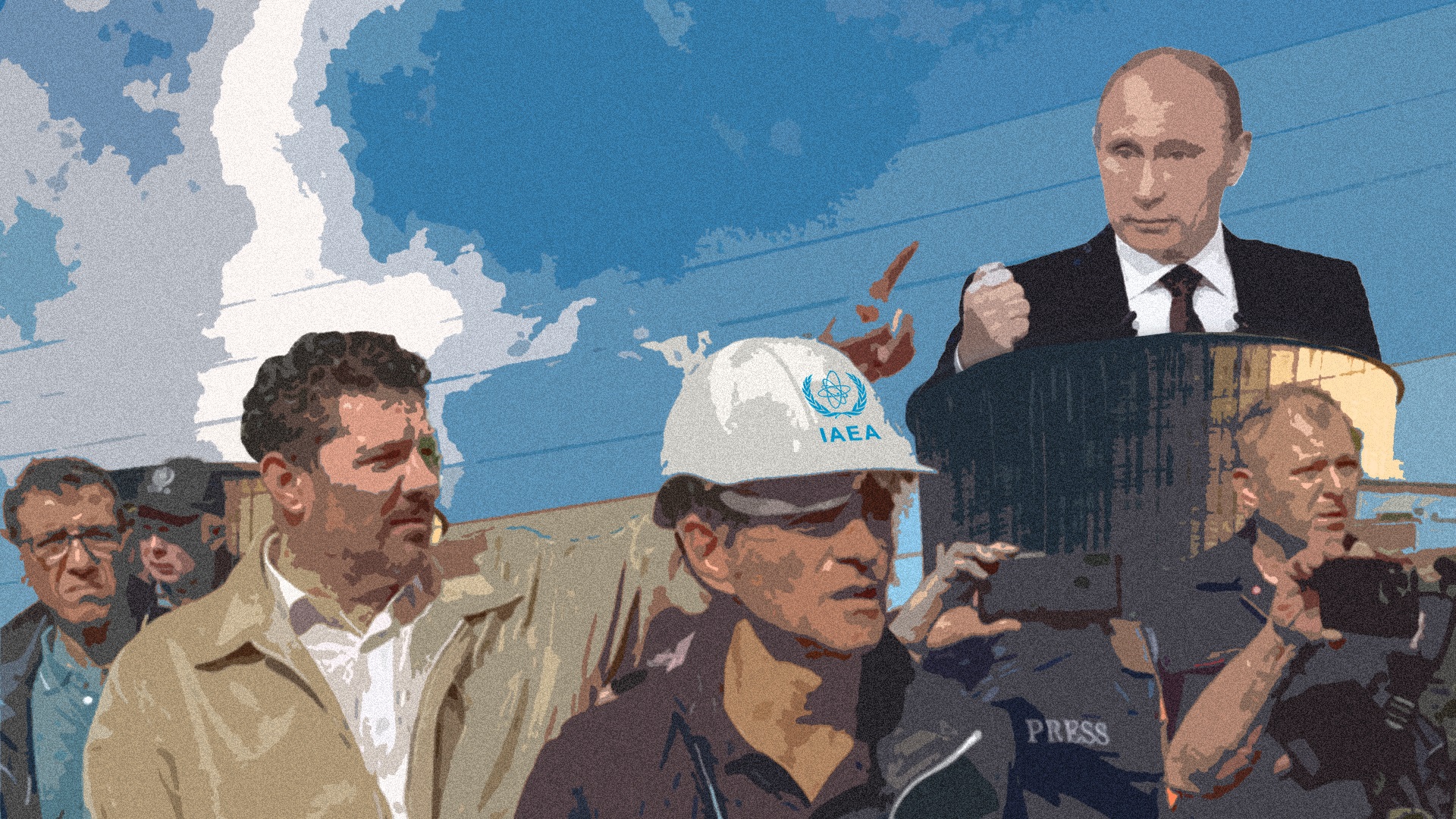