Kerch Bridge is on fire: why are the Russians lying about the truck? Versions, proofs, and rebuttals from Molfar 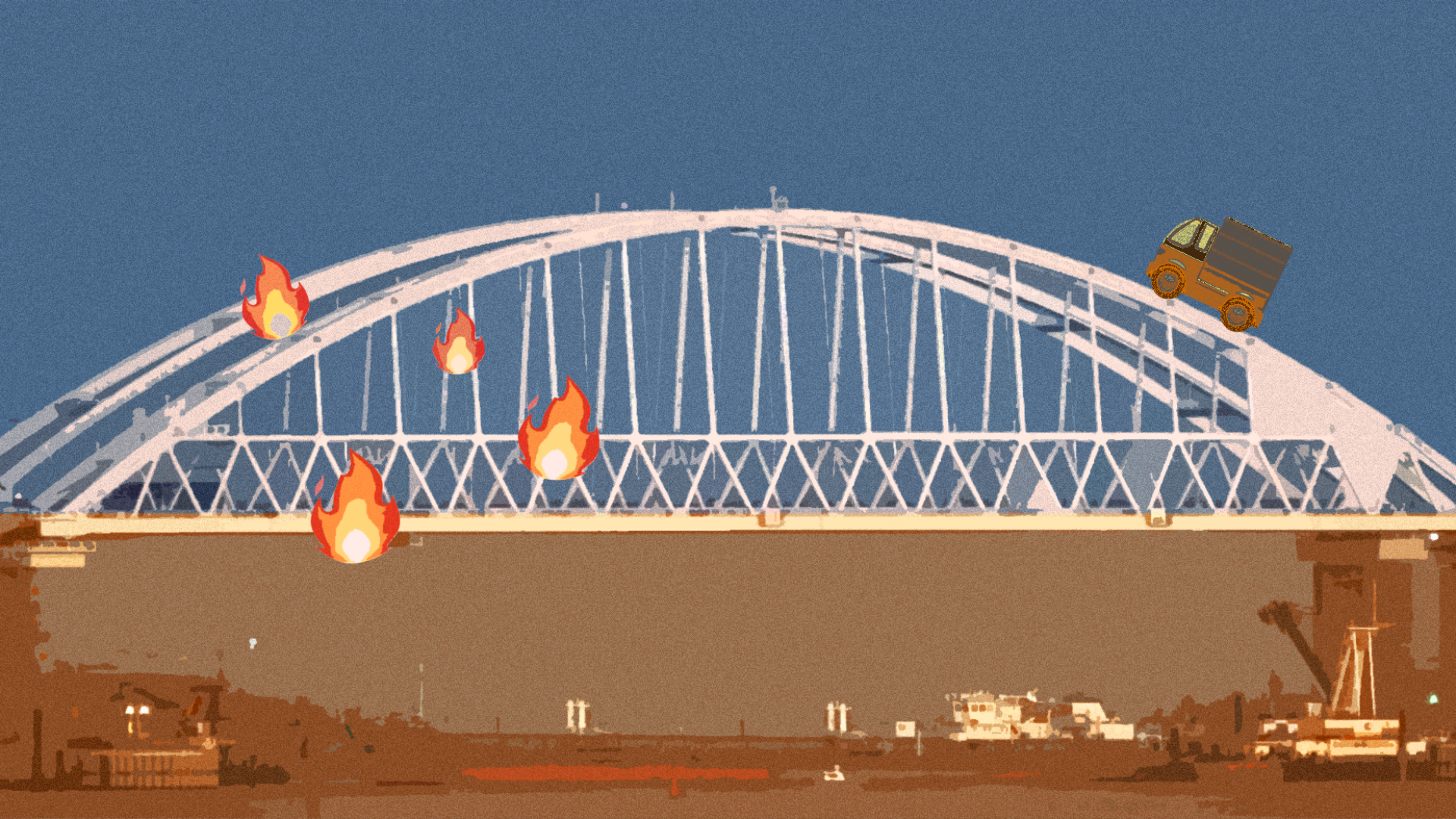 The Russian Federation called it a "terrorist attack" in which Ukrainians, Russian traitors, and representatives of foreign armed formations were to blame. They quickly presented their own version, according to which the "most protected bridge" was destroyed by a truck carrying several tons of... film reels.

However, this version is so absurd that even the Russians understood it. Therefore, the statement was later changed, it said that the truck was transporting an explosive substance — saltpeter, not films. That version was more believable to their people, so no one asked additional questions. As it was “impossible” for a truck filled with films to blow up a bridge, for the security of which more than $32 million is spent every year. Also, more than $250 million was invested in the safety of the bridge during its construction.

What do we know about the destruction of the Kerch bridge?

On October 8, 2 spans collapsed on the Kerch bridge, and another one has been heavily damaged, which is not mentioned in the official statement. A train was also blown up, and a railway was burnt, according to the publication. The Meduza article states that more than a kilometer of railways was damaged in the fire. It is worth noting that the railway track and the second traffic lane remained practically intact (only the fence was destroyed and the top layer was burned, but the road itself is intact).

There are several versions of what happened to the Kerch bridge. But first, a few theses, why the official Russian version is a lie.

The Russians are lying again. Why is the official statement with a truck totally absurd?

According to the official data of the Russian Federation, the bridge was damaged due to the detonation of the truck. As a result, 7 more fuel tanks of the train were caught on fire. That is why 2 spans of the road bridge have collapsed. The Investigative Committee of the Russian Federation has also published a comment in which it was told about 3 dead people (who were probably traveling in a car next to the truck), and later - about 5 of them.

The data of the owner of the truck was also made public. He turned out to be Samir Simon-Ogly Yusubov, a resident of the Krasnodar region (born on December 6, 1996).

Later, Samir recorded a video message in which he said that "I have nothing to do with what happened on the Crimean bridge." In the video, he added that the actual owner of the truck is his uncle, 51-year-old Makhir Yusubov, who was probably a truck driver at the time of the explosion. Some (1, 2) mass media write (without specifying the source of the information) that relatives of the Yusubov family allegedly recognized Mahir in the video where he is being inspected on the bridge:

‍What is wrong with the official Russian version?

Let's analyze the video with the explosion in more detail:

There is another video where you can see that the truck was not the epicenter of the explosion:

On the highway bridge, if you watch the video frame-by-frame at the moment of the explosion, a white flash appears to the right of the truck, from the side of the bridge's lanterns. A truck and a car are both on the road without any damage. Next, after the explosion, you can see that smoke and fire begin to spread also to the right, through the lanterns.

The footage shows that the truck and the car nearby — a Cadillac Escalade — went for the first span right before the explosion:

‍About the missile strikes by the Ukrainian Armed Forces

‍Theoretically, if the rocket was launched by our Armed Forces, then the likely place of launch would be the city of Orihiv, Zaporizhzhia region. Hypothetically, it would be possible to launch a missile over the Crimean bridge from there without harming the launcher. But we take into account the distance: from Orichov to the Kerch bridge (by air) is about 260 km. And it is 6-7 km to the front line.

If we consider the hypothesis that the attack on the illegally built crossing was indeed launched from Orichiv, then the AGM/RGM-84 "Harpoon", which was once shared to Ukraine by Denmark, could have been used for this purpose:

‍However, there are several questions regarding the possible rocket strike:

‍Alternative version: the bridge was blown up from below

Theoretically, the bridge could be blown up from below. After all, at the time of the detonation, there was a wave under the section that collapsed, while there was no under the others.

This may be the result of the operation of an air or water drone. Or, theoretically, some kind of boat. Or that the bridge was mined.

Boat. In the footage from the camera attached to the railway part of the bridge, we can see how a white object is visible between the pillars. It moves with water. It's hard to tell if it's a wave or maybe a boat because in the first seconds after the explosion the camera was blinded.

Drone. A water drone for special operations was already found near the coast of Sevastopol. It was probably delivered to our Armed Forces from the USA in April. Or it might be a Ukrainian-made drone (1, 2, 3). After all, Ukrainian aerial drones regularly operate in the Crimea region.

This version is confirmed by the fact that the roadbed was torn off from its fastenings, but the supporting pillars remain undamaged (because their stability is greater than the road).

In the photo of the consequences of the explosion, we can see a hole, and near the pillar - traces of metal deformation. Burnt traces are visible on the inner surface of the road that was not damaged. In addition, in order for the bridge to collapse, it would be necessary to attack along its entire width.

Telegram channel VolyaMedia reported that the bridge was mined back in September. The official version with explosives in the truck however is spreading, to shift responsibility from the FSB to the protection of the bridge and the state inspection of the Russian Federation.

What is wrong with this version?

Bellingcat's Nick Waters doubts this version because the flames spread to the top, and if the explosion had been under the bridge span, there would have been a delay between the first explosion and the explosion of the truck. He also spoke about the version with the boat: "If there was a boat, I haven`t seen it. I saw waves that may point to something (something moving under the bridge) or may not."

As we can see, the official statement of the Russian Federation is built on lies and manipulations. Perhaps, that`s the only solution they could think of in order to hide the embezzlement of budget funds. This is due to the fact, that this year, 2 billion rubles were distributed to improve the security of the Kerch bridge. But it seems that it is simply necessary to raise the salaries of the Russian war dolphins so that they were able to protect the Kerch bridge better. 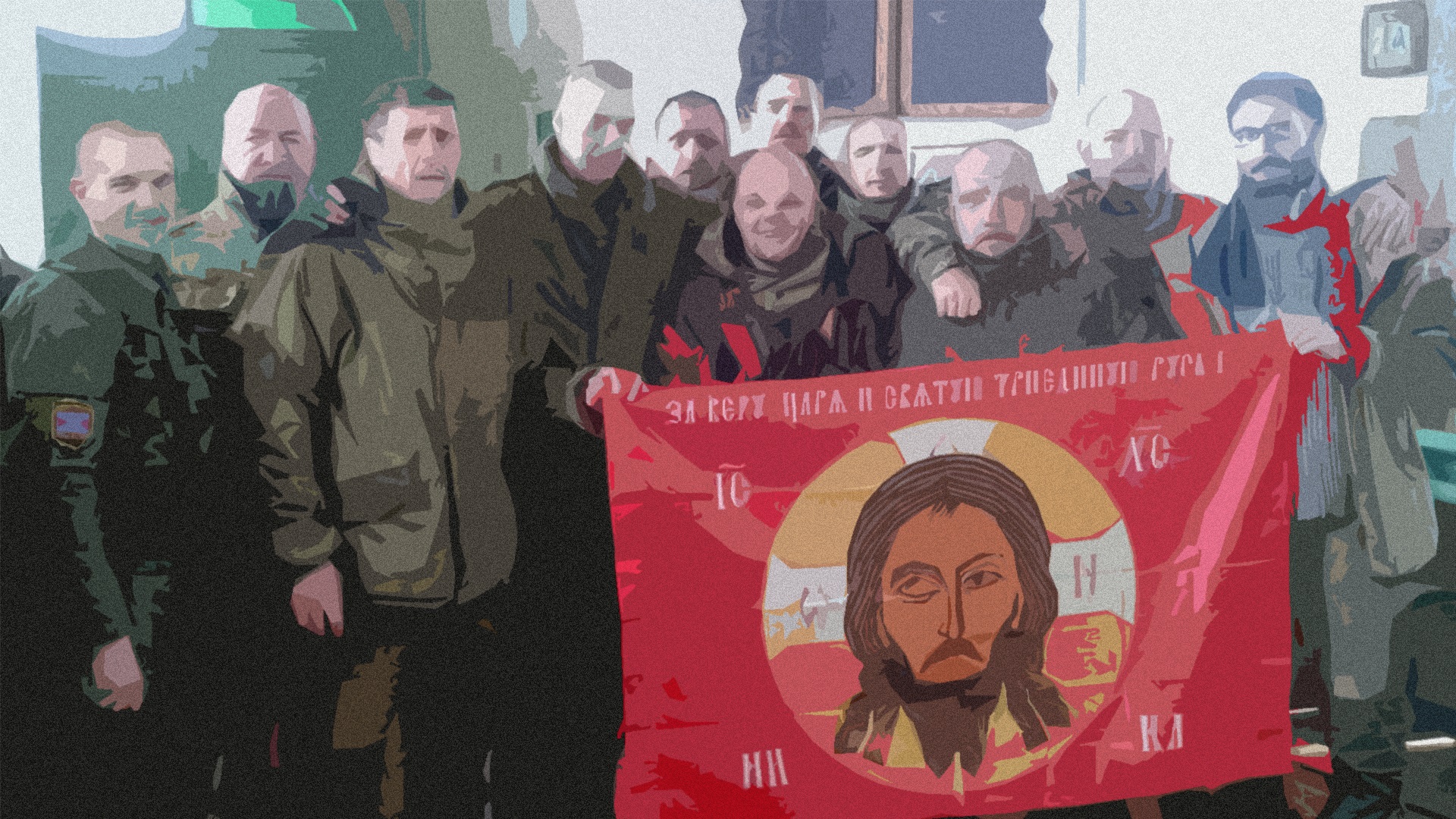 “DShRG Rusich”: a neo-Nazi unit in the service of the Russian armed forces
The Molfar OSINT community conducted an investigation into the activities of a neo-Nazi group called "DShRG Rusich". We investigated the leaders of the group, as well as their connections with the armed formations of the "Wagner" PMC and the Ministry of Defense of the Russian Federation. The article provides evidence of the group's commission of war crimes during its participation in armed conflicts, particularly in the east of Ukraine.
#INVESTIGATIONS 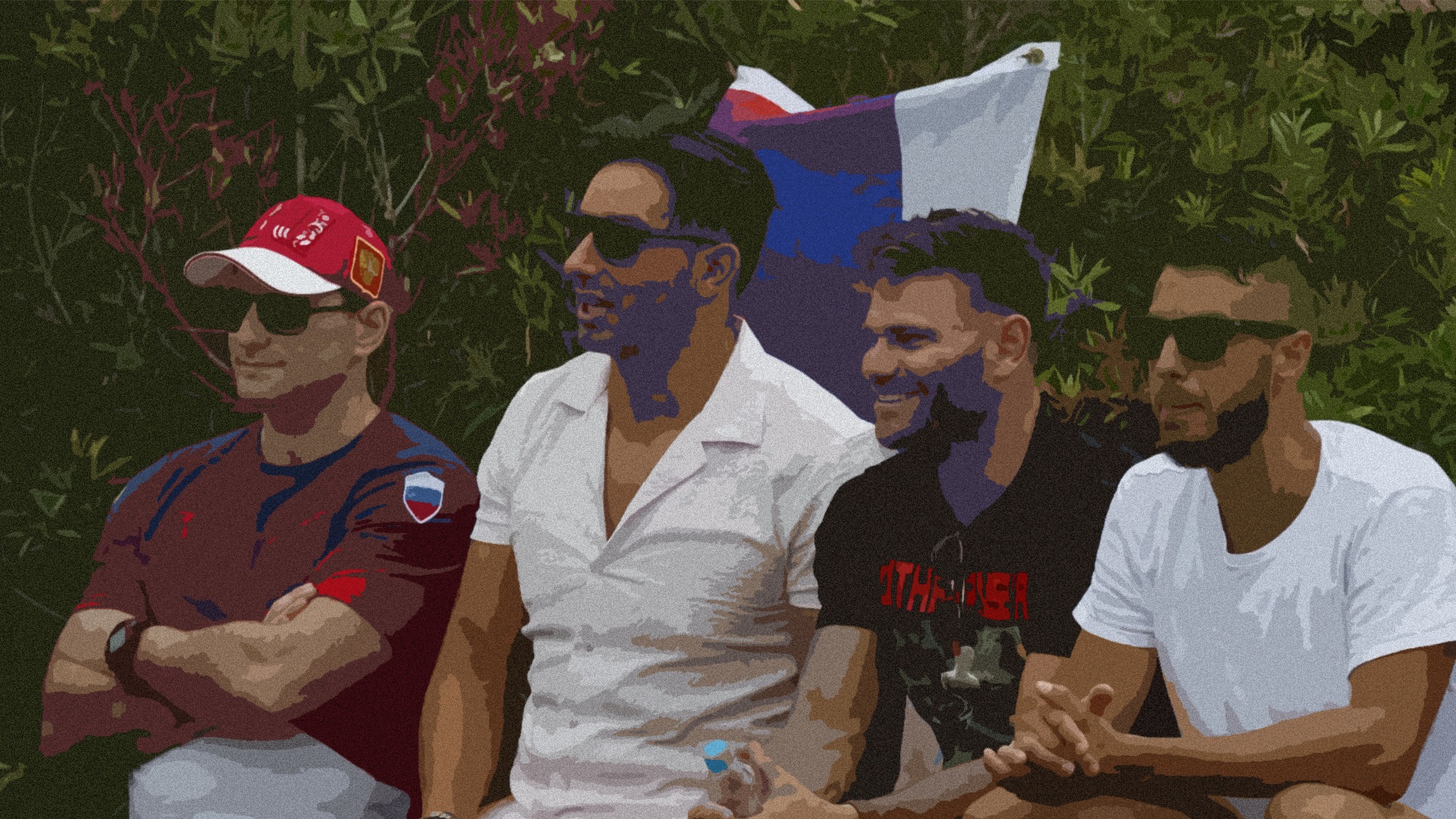 Australian Open 2023: who raised the banned Russian flag?
Molfar OSINT community has identified three persons involved in the media scandal at the 2023 Australian Open tennis tournament in Melbourne. Violators of the ban on the use of Russian symbols became three Australian citizens, one of whom has close ties to the Russian Federation. The article presents private data of persons-admirers of the terrorist state.
#INVESTIGATIONS 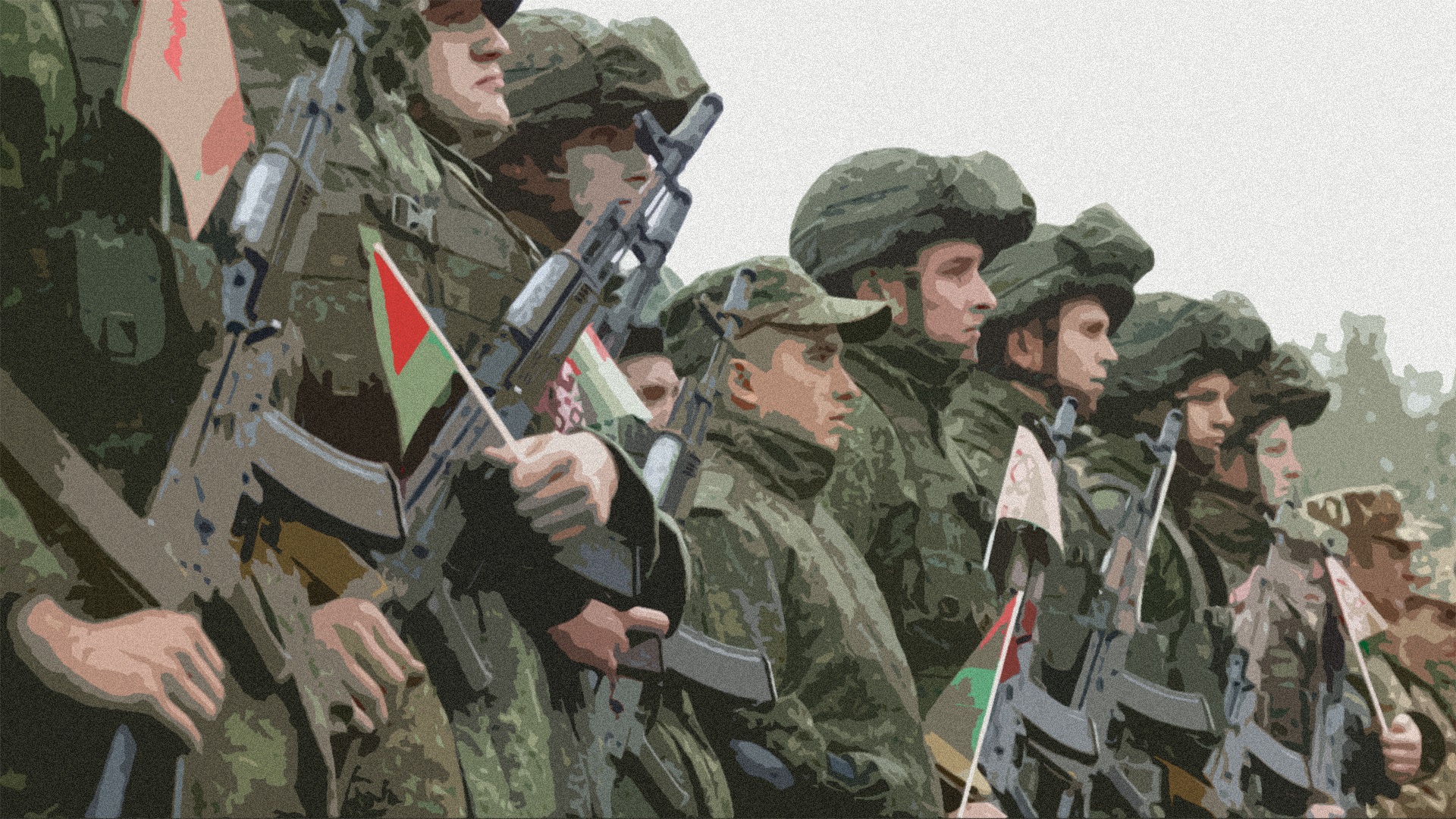 Molfar identified the movement routes of GuardService PMC, the Belarusian analogue of the Wagner PMC
Based on the investigation, Molfar OSINT community confirms the creation of GuardService PMC in Belarus with the help of money from the Moscow leadership. The development of the Belarusian paramilitary group is supervised directly by high-ranking officials from the Kremlin. The article presents the restored routes of movement of the PMC GuardService militants on the territory of Belarus, Russia, as well as European countries, in particular, Lithuania and Latvia.
#INVESTIGATIONS