Judicial reform in Ukraine: analysis of the main principles and problems of reform 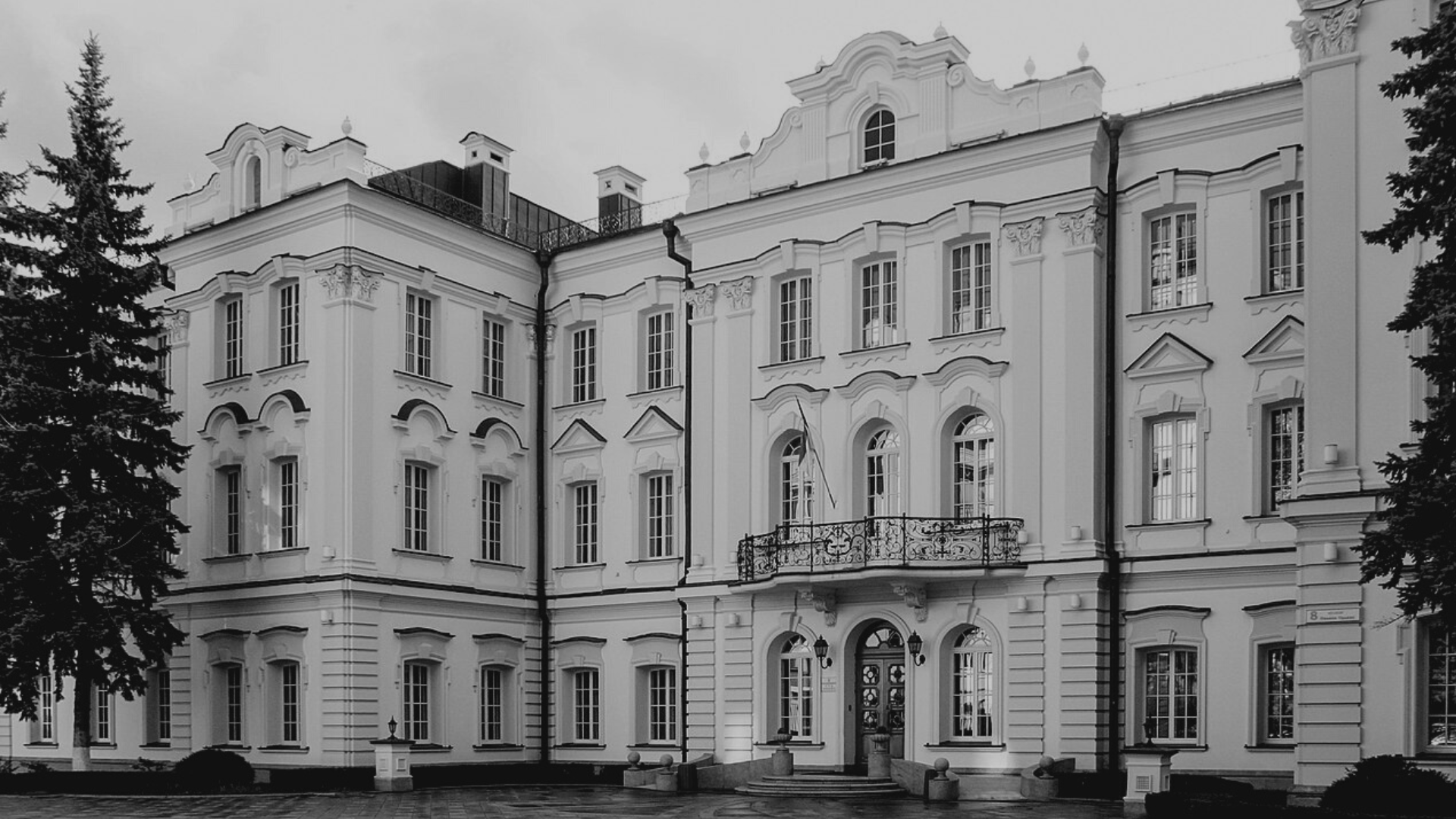 During the judicial reform, the government created two specialized courts: in September 2019, the Supreme Anti-Corruption Court was established, and in January 2021, a bill on the Supreme Court of Intellectual Property was registered.

The High Qualifications Commission of Judges of Ukraine (HCCU) also received the right to conduct a qualification assessment procedure for judges. In addition, a Public Integrity Council (PIC) has been established to assist the HCCJ in ensuring that candidates for judges meet the criteria of professional ethics and integrity.

The judiciary has been reduced to three levels: local courts, appellate courts and the Supreme Court. They also planned to liquidate the High Specialized Court, the High Commercial Court and the High Administrative Court, as they occupied a place between the courts of appeal and the Supreme Court as courts of cassation. As of May 2022, they were not liquidated due to the lack of action on the part of the HCJC, in particular, judges did not administer justice, but received salaries.

In March 2021, the final version of the project "Strategy for the Development of Justice and Constitutional Justice for 2021–2023" was presented. In June of the same year, Zelensky approved the project.

Personnel crisis in courts is widespread in Ukraine. In December 2021, the HCJC published a report that out of 7,304 vacancies, 2,068 were vacant. The number of candidates temporarily in the reserve to replace judges was 214. In 2022, 29 employees will reach the age limit for the position of judges, there will be several more vacancies.

According to the results of the financial audit of the State Judicial Administration for 2019-2020, more than 401 million hryvnias were spent on the support of at least 875 judges who did not administer justice in some cases for less than 5 years. In particular, 22.4 million were paid for judges' remuneration to judges who were suspended from work due to criminal prosecution. The administration also recorded inefficient use of budget funds, illegal expenditures on wages, overestimation of the volume and cost of work and the use of budget funds contrary to their areas.

On August 3, 2021, the Verkhovna Rada passed a law to resume the work of the High Qualifications Commission of Judges of Ukraine. According to the document, the HCCJ is a permanent body responsible for forming the judiciary, transferring judges, and ensuring their proper qualification level.

Also at this time, the Verkhovna Rada amended the law "On the High Council of Justice", which was about the creation of an Ethics Council, which should assess the integrity of all GRP candidates.

On December 1, 2021, the first meeting of the Ethics Council was held, where Lev Kishakevich was elected a judge of the Criminal Court of Cassation of the Supreme Court, and Anthony Hooper, a retired judge of the Court of Appeal of England and Wales, became his deputy.

However, on December 1, Zelensky appointed 28 judges, 27 of them to local courts of first instance and 1 judge to the Donetsk Regional Commercial Court. However, according to the DEJURE Foundation, 21 appointed judges did not pass the qualification assessment – they received a negative opinion from the GRD, which the HCJC did not consider or revoke. In January 2022, Zelensky appointed another 28 judges, 27 of whom did not pass the qualification assessment. And as of December 31, 2021, the HCCJ has not completed any procedures.

In January 2022, the commission consisted of 6 people: three delegated by international organizations, three by the Council of Judges.

Analysts from the DEJURE Foundation, the Anti-Corruption Center and Avtomaidan analyzed the professional path and possible political connections of 29 of the 34 candidates. They were considered for the positions of 5 new members of the High Council of Justice, who were previously admitted to the interview. To the integrity of 23 of them, questions arose, which were sent to the Ethics Council, after which the council postponed the dates of the interviews.

On February 21, the Ethics Council resumed interviews with GRP candidates, but on February 22, the GRP ceased its activities. 10 of the 14 members of the council resigned voluntarily because the Ethics Council began to evaluate all members of the High Council at the same time (except the chairman of the Supreme Court). GRP members said their assessment "has no constitutional basis."

Evaluation of the reform

Zelensky said he would complete judicial reform in three years. The statement was joint with the submission of the draft "Strategy for the Development of Justice and Constitutional Judiciary for 2021-2023". However, it caused a lot of doubts and criticism from the public and experts.

Experts noted that the three-year deadline is too short to fully implement the reform, and the document presented by Zelensky does not provide an understanding of the sequence of implementation of some provisions. In particular, the chairman of the board of the DEJURE Foundation Mikhail Zhernakov said that the project has some positive aspects, but their implementation will not lead to systemic changes.

In the summer of 2021, the Venice Commission supported the reinstatement in Ukraine of up to two years in prison for the most serious cases of inaccurate declaration of property. However, the parliament later passed another law, changing "imprisonment" to "restriction". In addition, it has not become mandatory to declare the property of civil servants' relatives.

Later, President Zelensky met with the Venice Commission. As a result, the bill, with amendments and proposals from the president, was returned to a second vote. Then all the amendments were adopted, and the law was passed taking into account the recommendations. However, there are workarounds here as well – the term of imprisonment for violators of the law was reduced to one year.

The head of the Venice Commission, Gianni Buquicchio, said that Bill 113711 on the formation of the HCCJ, which was approved for a second reading in April, did not meet the commission's recommendations. He said that two basic principles of reform should be adopted first: independent international experts should have the right to vote in disputes in the formation of the HCCJ, and the High Council of Justice should be reformed before it can approve the final HCCJ. Failure to comply with these provisions will "doom" the reform. In August, the president signed the law after it was amended.

‍The judiciary and the reform process during the war

With the beginning of a full-scale war, the judiciary went into a special mode of operation. During martial law, the proceedings are conducted exclusively by courts established in accordance with the Constitution of Ukraine. It is also not allowed to create extraordinary and special courts, as well as to reduce or speed up any form of justice. During the war, the powers of judges cannot be terminated.

In connection with the imposition of martial law, the competition commission for the selection of candidates for the positions of members of the VKKS was suspended from February 24. As the GRP ceased operations before the war, part of the powers were transferred to the President of the Supreme Court.

In March 2022, Supreme Court Chief Justice Vsevolod Knyazev told the Public that 20% of Ukrainian courts were under occupation or close to active hostilities, so parliament passed a law allowing the transfer of jurisdiction from non-working to another court. Those courts in which the situation is safe are considered by all, and others – only urgent criminal and civil cases.

In April, the DEJURE Foundation, the Anti-Corruption Center, Avtomaidan and the Center for Political and Legal Reforms called on the Verkhovna Rada to amend the law. This should allow the High Council of Justice to resume its work as soon as possible. This would restore the procedures for dismissal and removal of judges, as well as ensure the punishment of judges who sided with the enemy.

At the same time, the Ethics Council amended its regulations during martial law: the possibility of non-compliance with the deadlines of the council members to study the materials, determine the date of the interview and prepare their previous position. In addition, the changes provided for the possibility of a GRP candidate or member to participate in the meeting remotely.

The Ethics Council also completed the evaluation process of four GRP members whose terms were not terminated on 24 February. If all candidates are successfully selected in July, the GRP could take office by August, as a congress of scholars is due to convene by August 8 and reject the Ethics Council's recommendation to dismiss those who have not been evaluated. If they fail to do so, judges will automatically lose their powers under the law because they have been removed from office but not dismissed.

At the same time, on May 12, 2022, the Verkhovna Rada adopted the Law of Ukraine "On Amendments to Certain Laws of Ukraine on the Functioning of Civil Service and Local Self-Government during Martial Law": abolished special inspections of candidates positions with increased corruption risk. Accordingly, special inspections of persons appointed during martial law shall be carried out within three months from the date of termination of martial law.

The full text of the judicial reform analysis is available at this link (the investigation was conducted in Ukrainian, but we are ready to provide you with a file in English – just contact us).