Psychological portrait of a russian people 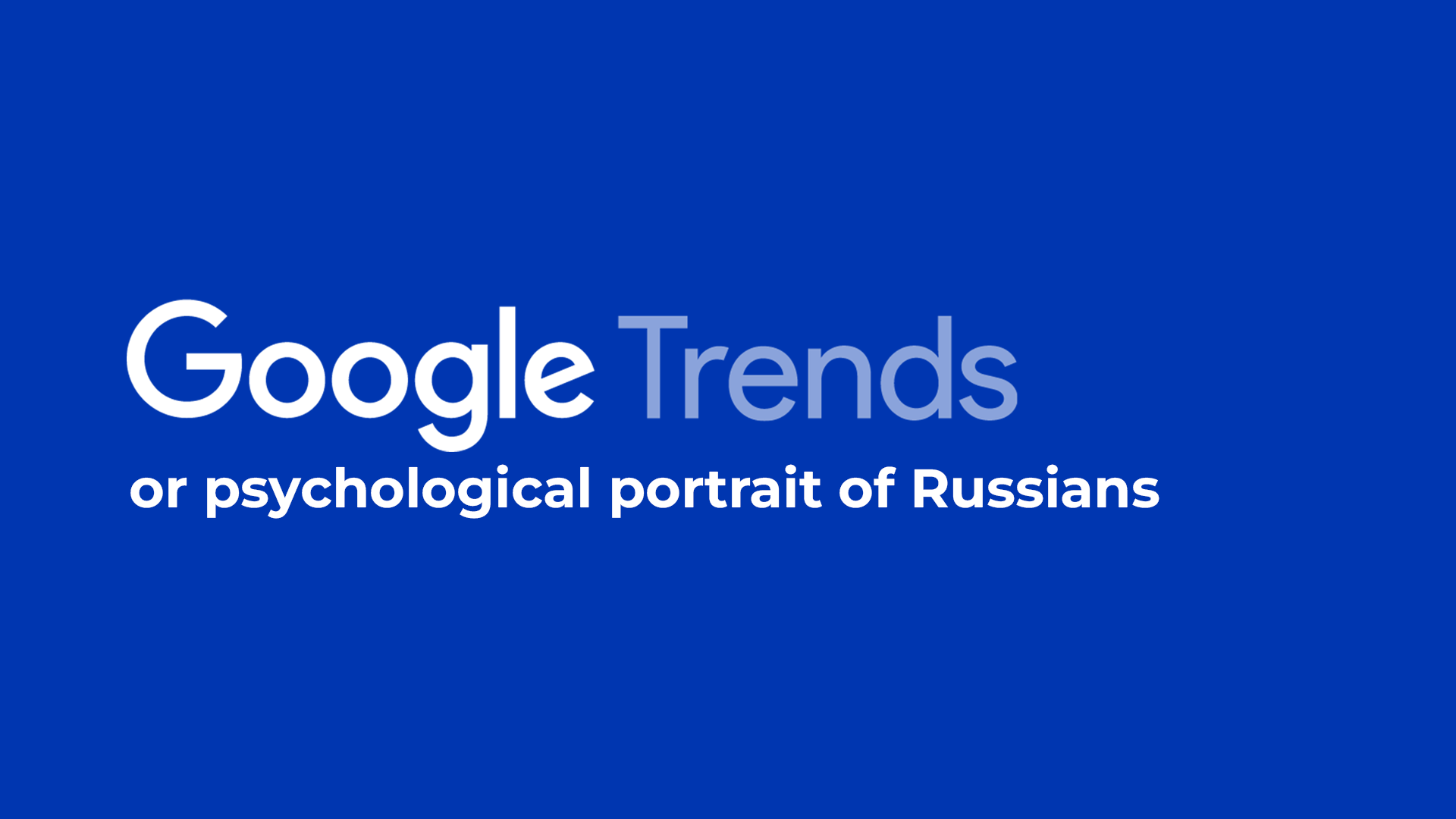 It is interesting that the phrase "when will putin die?" more often googled in russia than in Ukraine. Even his country does not need putin.

Some russians have even begun to reflect on the statements of the russian government and look for the right answers in reliable sources:

For example, you can see who russians have come to trust more, who they are interested in and admire:

Although ramzan kadyrov continues to compete and fight ghosts, he will not be able to defeat them.

And the group "Aria" with propaganda patriotic speeches could not beat the search rating of Shevchuk from the group DDT, which openly showed its position, recalling that russia is killing civilians in Ukraine.

russians are worried that they will not be able to watch their favorite movies and TV series.

Convenient methods of payment for goods and services have also left the russian market, so they have to look for russian alternatives and enjoy the process of import substitution.

Everyone is waiting in fear for the sberbank's disconnection from SWIFT.

But at the same time they understand the real threat to russia (1, 2).

And it seems they want to leave their homeland.

Negative. Portrait of a russian.

It would seem that after the events in Bucha, every russian must ask himself the question of what his country is really doing, and constantly seek answers. But the priorities are different (1, 2).

Instead, they prefer to let go of the situation and pretend that someone will decide everything for them. You just have to sit and wait, and everything will work out by itself.

Meanwhile, russia is threatened with default, the ruble is falling.

There is a rise in prices for products, basic necessities, and public transport fares.

russians are nervous about what to do, but the wrong thoughts come to mind:

As true patriots of their country, they still find a reasonable way out.