Collaborators of the city of Kupyansk: a corrupt military person and child vandals 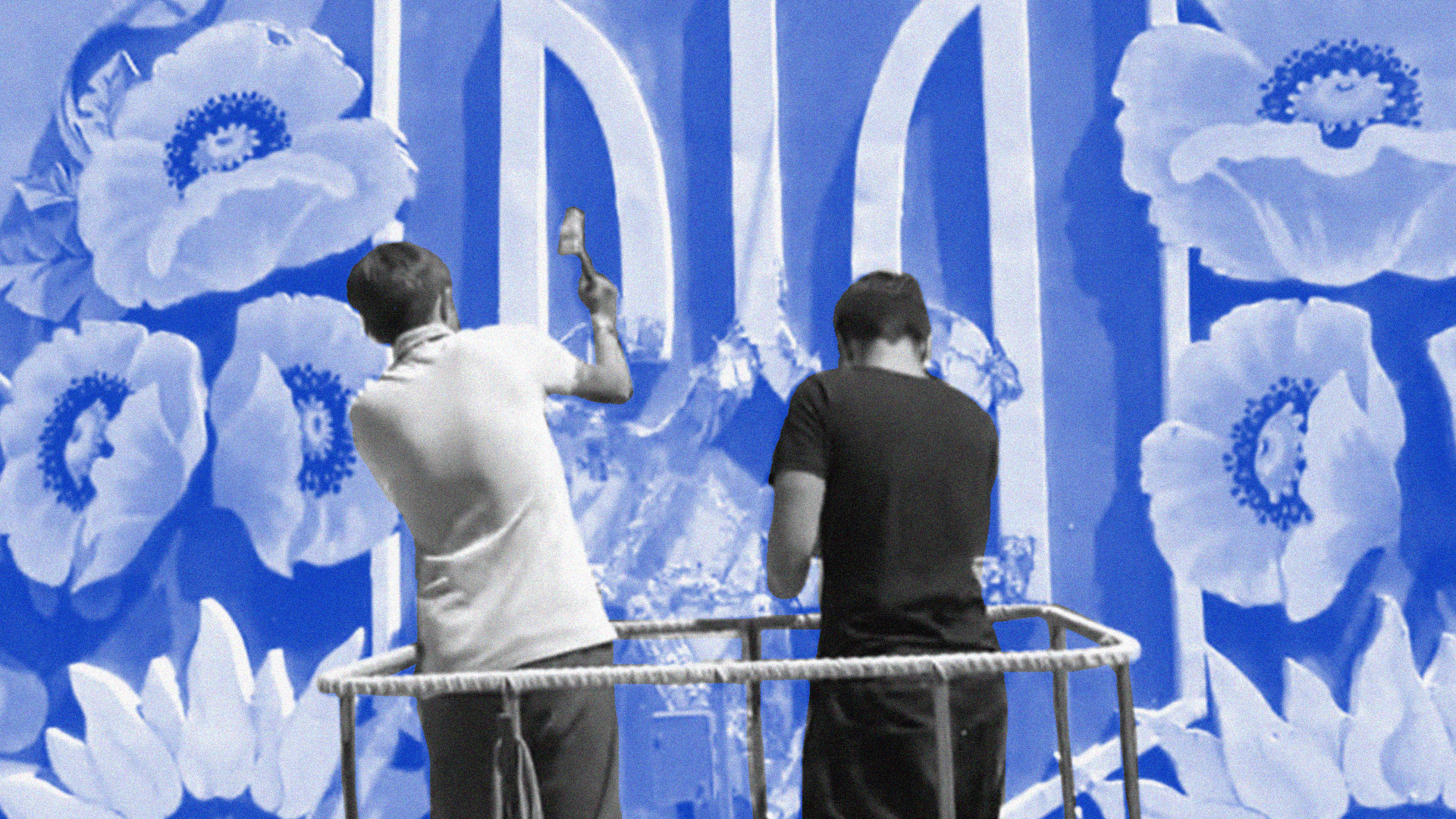 Before we started the investigation there were public destruction of symbols of Ukrainian statehood in occupied Kupyansk. Representatives of the so-called "youth council" with the help of a construction lift reached the facade of the building, on which there was a decorative stucco – the coat of arms of Ukraine, decorated with flowers. Then, with the help of hammers, they destroyed the stucco with the image of the Coat of Arms of Ukraine. The children who did this have just turned 18. However, they are old enough for their decision to become separatists and join the invaders to have full legal consequences.

The process of destruction was filmed by a Russian propagandist traveling through the occupied territories of the Kharkiv region, and claims that the youth of the entire region are allegedly opposing Ukraine and want to get rid of state symbols.

We established the identities of all the participants of the event: the propagandist, and the representatives of the "youth council", and even the father of the main offender of the symbols of Ukrainian statehood – he turned out to be the head of the finance department of military unit A2510 in Kupyansk. So this is more than vandalism, it is about colluding with the occupiers on many levels.

👉 Follow this link you can get additional information about collaborators, including legal documents, personal data and photos.

*The Investigation is done in Ukrainian, but you can write to us and after your request we will provide you with the english version of the file.

Gamanin Ilya Serhievich – 18-year-old resident of Kupyansk, Kharkiv region. In 2014, he practiced martial arts. Studied at the Kupyansk Medical College. Dismantled the coat of arms of Ukraine from the cultural center in Petropavlivka, for the subsequent installation of the Russian symbol. After reporting on the dismantling of the coat of arms, on July 3, in the group of the Kupyansk Youth Council, where Ilya was the chairman, he was recognized a traitor.

Rublevskaya Anastasia – propagandist born in Luhansk. The host pro-Russian channel "Luhansk 24 Vesty" and the owner of the pro-Russian YT and TG-channels XZ On the side of Russia since 2014 – in August 2014 she was in Crimea, in 2015 she was in St. Petersburg and published a photo with the Russian flag. In 2017 graduated from school.

In 2020, she published a video with one of the stages of obtaining a spotted beret, probably by security forces of the LPR, captioning it: "I am surprised at the endurance and courage of the law enforcement officers.” In 2021 she was in Abkhazia, a partially recognized republic.

Daryna Antonova is probably one of the girls who threw the flag of Ukraine on the ground in the video. A student of the Kupyan Medical College. Ilya's friend commented on his photo on Instagram. Engaged in pole dancing. According to the article, she was recognized on the video with the dismantling of the coat of arms.

Serhiy Ivanovich Gamanin – father of Ilya Gamanin. The head of the finance department of military unit A 2510 in Kupyansk and head of the economy in the Kupyansk inclusive resource center.

It can be argued that the pro-Russian sentiments of the former head of the youth council "Ilya Gamanin" were supported by his father, who has a direct relationship with the Ukrainian army, and is a traitor to the oath who agreed to collaborate with the occupiers.

Apparently, he tried many times to become a deputy of the Kupyansk City Council, but due to a lack of votes (2 out of 132), he was left without the desired seat in the council. However, the invaders came, and Gamanin got power, as he wanted. In the worst way. Now he is speaking out against the state to which he swore an oath.

Molfar reminds that all collaborators will be punished. It's only a matter of time.