Fact-checking of a missile strike on the city of Kremenchuk: why was it a planned terrorist attack? 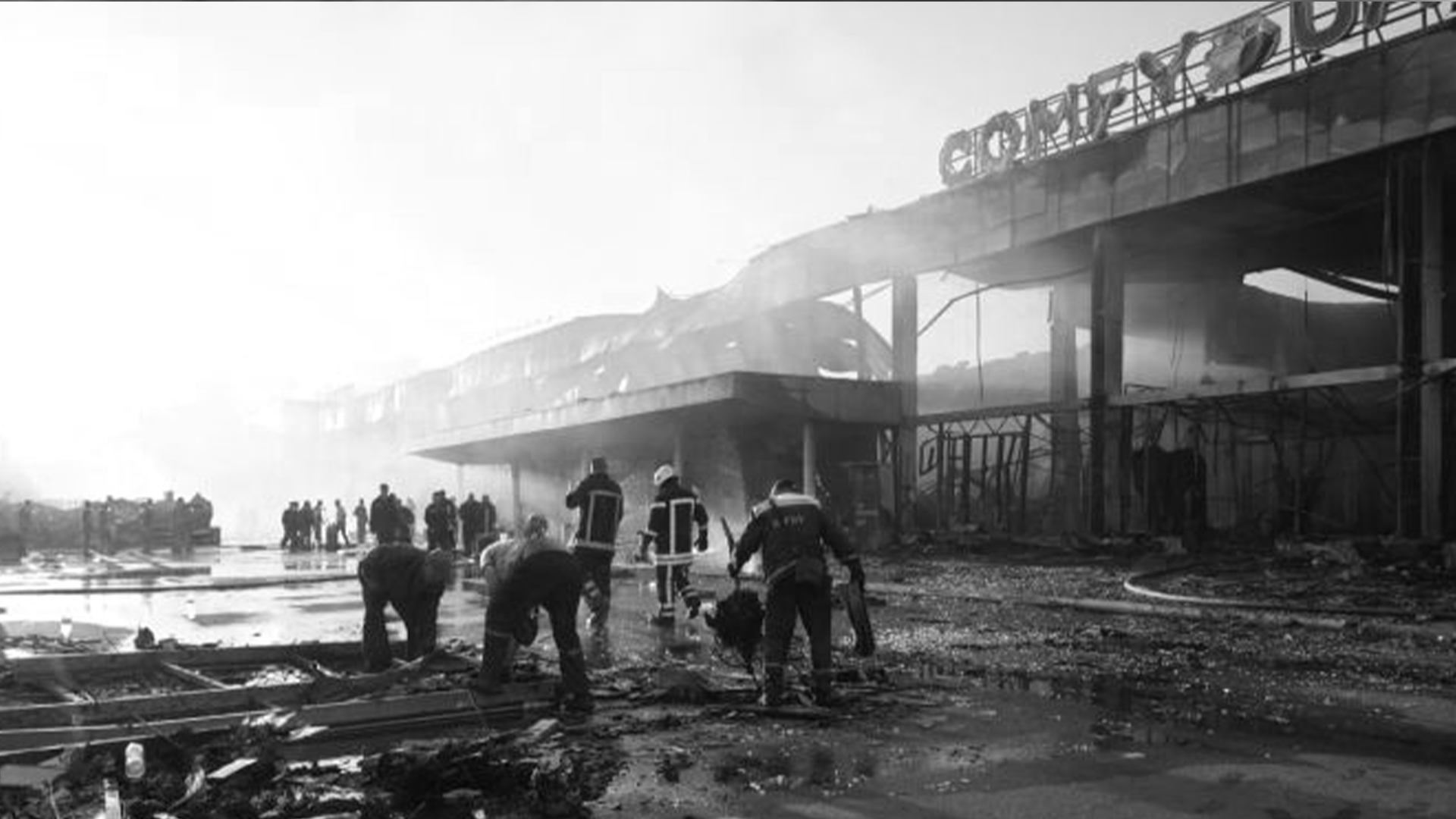 👉 The Guardian wrote about the results of our work

On June 27, the Russians launched a missile strike on a shopping center that housed about a thousand civilians at the time. The exact number of dead is unknown, but according to preliminary estimates, their number is approaching several dozen. Another 40 people are missing – according to photos provided by journalists (Explicit Content), the remains of people in the mall can not be identified even through a DNA test. The reason is the complete destruction of biological tissues of the body, including most bone formations, due to the fire caused by the explosion.

The main thing about the results of the investigation

Fake: an explosion of ammunition provoked a fire in the mall.

Truth: the time of explosion does not coincide, the point of strike is in 500 meters from the plant. The exact blow on Amstor shopping center confirms video provided by Volodymyr Zelenskiy.

Fake: the mall did not work, there were no cars in the parking lot.

Fake: there were no women in the mall, only men and the military.

Truth: the military who arrived at the scene of the fire, most likely a local territorial defense organization, who came to help eliminate the effects of the explosion.

Fake: it is a provocation and staging special for the NATO summit.

Truth: the mall was attacked by Tu-22m3 aircraft, which were attacked with X-22 missiles. The found wreckage of an X-22 missile.

The investigation cites a fact that refutes the above allegations of Russian propaganda. We conducted an analysis and established the direction from which the rocket was launched at the mall.

Fake: an explosion of ammunition provoked a fire in the mall

Faked statement at 11:11, 28.06.22, that attack was not at the mall, but at hangars with weapons from the United States and European countries near the Kremenchuk road machinery plant. An explosion of ammunition provoked a fire in a non-functioning mall near the plant.

Truth: The mall was affected separately, and before the plant:

The explosion at the plant was 500 meters from the mall, but could not provoke a fire. In addition, the rocket striked at the plant at 15:59, and at the mall earlier – at 15:51.

Fake: the mall did not work, there were no cars in the parking lot

The media in russia claim that there were no cars in the car park because the mall was not working:

This is confirmed by the following evidence:

Fake: there were no women in the mall, only men and the military

One of the propaganda narratives was the thesis that there were only military men on the territory of the Amstor shopping center, and there were no women at all. References to the statement are given in the last post.

Truth: the military who arrived at the scene of the explosion helped rescuers, women were evacuated away from the epicenter of the event in the first place

The military who arrived at the scene of the fire, most likely a local territorial defense organization, came to help eliminate the effects of the explosion. In a country where there is a war against the terrorist country of Russia, the presence of numerous military is an obvious thing.

Fake: it is a provocation and staging special for the NATO summit

The Russian media write that this is a provocation and staging special for the NATO summit:

21:44, 27.06.22 “RIA Novosti” with reference to the post permanent representative to the UN Dmitry Polyansky writes that the strike on the mall was "another provocation in the style of Bucha to keep the focus of attention before the NATO summit."

True: the missiles were launched from Russia by Russian aircraft

The mall was attacked by Tu-22m3 aircraft, which were attacked with X-22 missiles. The found wreckage of an X-22 missile.